#GoodReads – The slowdown in Canadian housing 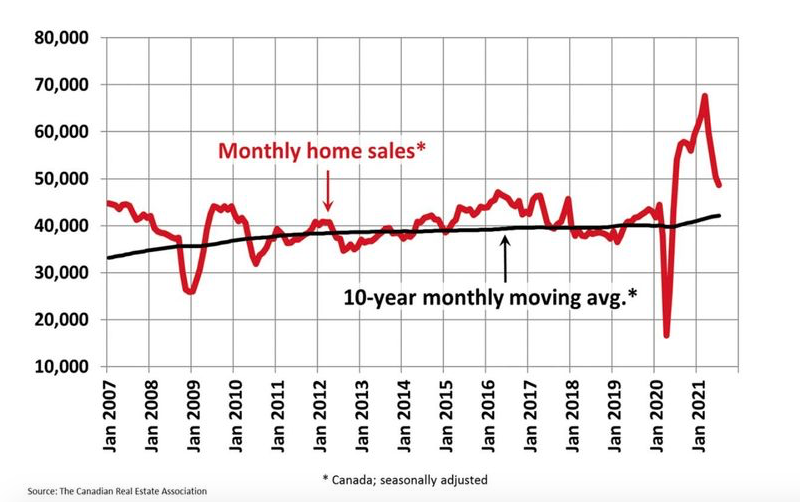 “The slowdown in Canadian housing continued in July” via Canadian Real Estate Magazine.
“Existing home sales fell 3.5% on a month-over-month basis in July, marking the smallest of the four consecutive declines since March.

While sales are now down a cumulative 28% from the March peak, Canadian housing markets are still historically quite active… In July, the decline in sales activity was not as widespread geographically as in prior months, although sales were down in roughly two-thirds of all local markets. Edmonton and Calgary led the slowdown, but these cities didn’t experience falling sales until recently. In Montreal, in contrast, where sales began to moderate at the start of the year, activity edged up in July. The actual (not seasonally adjusted) number of transactions in July 2021 was down 15.2% on a year-over-year basis from the record for that month set last July. July 2021 sales nonetheless still marked the second-best month of July on record.”